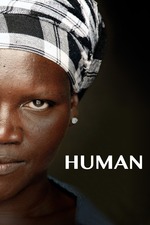 ☆"Love encompasses everything, doesn't it?"☆

Unprecedented in scale, scope, and ambition for a singular documentary film, it's no wonder that Yann Arthus-Bertrand's Human was the first film to premiere in the General Assembly Hall of the United Nations. Breathtaking cinematography, emotional first-person testimonials, and a stunning vision of universal humanity bring an authenticity and urgency to the people and stories brought forth here.

Fortunately, with the backing of the Bettencourt Schueller Foundation, Humankind Production, and Kino Lorber, it's available on YouTube for free. Please watch the first part here, and follow the links for parts two and three.

Amsterdam, Beijing, Vancouver, and Venice Film Festival documentary award nominee and winner, Human was made over the course of three years using 2,000 interviews with men, women, and children from over 60 countries. Arthus-Bertrand's crew was given the same set of forty questions to ask a diverse array of interviewees, and each person is presented simply in front of a blank black background, without any identifiers to name, age, religion, ethnicity, or country of origin. According to the filmmaker, "We wanted to concentrate on what we all share. If you put the name of a person, or what country they're from, you don't feel that as strongly."

Surely, some of the people do indeed identify themselves -- or it's unspoken but obvious -- but Arthus-Bertrand's point is clear: the focus is on the similarities of the human experience, even from wildly different circumstances and personal stories. The interviews are pieced together thematically: war, family, celebration, loss, sexuality, birth, death, love. The candor of the people on camera is astounding; with unshakable confidence in their feelings and emotions, a compendium of humankind's best and worst moments unfolds, at times with rousing enthusiasm and at times with heartbreaking devastation. However, even with very specific stories and experiences, every person on screen presents another opportunity for empathy and clarity of the collective life of humanity. Yes, to be sure, some of these people have opinions or lead lives with which you may not agree -- some air quite a few musings about sexuality, gender, and youth that wouldn't earn them my friendship -- but everything here is relative. We are meant to listen, understand, and see their life choices as a product of their environment and upbringing.

Between each set of interviews, Arthus-Bertrand captures aerial footage from around the world, every civilization, every biome, every gathering place, every environment that is impacted -- or itself impacts -- humankind. The stunning overhead cinematography is vibrant and beautiful, then suddenly monochromatic and homogeneous: Arthus-Bertrand juxtaposes diversity and commonality, for example mass groups at a German football match or religious festival in India. Again, the locales are never identified, but often one can use hints to see where the camera is flying.

The shots may not have the grand scope or scale of the masterpiece Baraka or its companion film Samsara, perhaps because the camera cannot be as close or intimate with those it captures, but that doesn't make it any less amazing.

While some have criticized Arthus-Bertrand for a simplistic view that "everyone is inherently good," I disagree that this is quite what he portrays. I'll use the words of one person from the film to make a larger point here:

To feel a purpose in life, to feel a sense of belonging and engagement with the world, is one I feel to which we should all ascribe. Human, in just a small way, can help others do that. For that, it's magical.

The Catcher Was a Spy