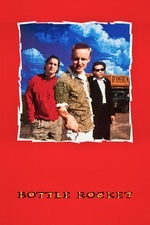 hearing much made of its production and development at gracie films in the 90s during this season of You Must Remember This, it’s so clear that polly platt had a preternatural gift for identifying talented filmmakers and her fingerprints are all over so many of my favorite movies ever. wes anderson is unduly polarizing, and I have to wonder how much of that perception is simply due to having a distinctive style and set of fascinations and obsessions that have come to be read as parody, but in reality are just so obviously sincere and honest and pretty uncool that ridiculing them is a pure defense mechanism.

it’s all here, right from the get go. the legend of anderson and the wilson brothers holed up in a century city hotel room guided by the hand of polly platt resulted in a little gem of a movie and led to one of the most distinctive directorial careers in the last quarter century.

Watched in conjunction with the season of You Must Remember This on the life and career of Polly Platt.