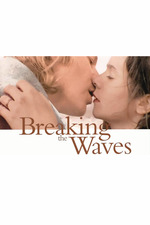 I loved this so much. I tried writing coherent paragraphs, but I don't know if I can? Still shaken, still devastated. Some thoughts below:

-The way Trier explores "goodness" as a trait that is either temporally contingent/not-contingent is fascinating. When Bess loses her virginity to Jan in the bathroom, at some point she says something like "show me what to do"--seemingly throwaway, but also telegraphs the understanding between men and women in the community: women are virgins, men fool around with prostitutes to break themselves in. Jan has definitely slept with women before--and more likely than not, the kind of women who Bess later becomes. When Bess boards the boat for the first time, I couldn't stop thinking about the circularity of their relationship, seemingly starting, sustaining, and ending from the moment they first make love (and also, made/make love to other people).

-At the wedding, when Bess is praised for her commitment to God ("she isn't in here cleaning for us/now, she's doing it for the afterlife") and then we cut to one of Jan's chums hamming it up ("THANK YOU father...say why don't you have a bell")--laughed so hard. Don't know why.

-The conversation Bess has with God when she's in the diner and after she projectile-flees the bus. Want to rewatch the film just to listen to that dialogue again (I think the only two times she talks to God outside of the church, apart from when she's on the tiny motorboat for the second time?)

-The fucking Chapter titles. A Whiter Shade of Pale?! I was wrecked. The last one, the vista visible beneath the bridge---from the instant you see it, you know Bess is in heaven (you almost don't need the epilogue sequence, but of course, it's perfect, so you do).