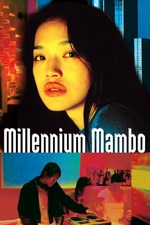 // is it painful to be with me? //
// it's the country of snowman. when the sun rises, the snowman melts and vanishes .. she suddenly had the feeling that hao-hao was just like the snowman. he would vanish as soon as the sun came up //

(part of my films i've written poetry for list)

this film is gorgeous. wistful, nostalgic, beautiful. resting in the peril of turmoil. a deeply harrowing portrayal of where two people can go so wrong when they aren't meant for each other. toxicity and volatility can kill a relationship if you let it. this is a great example of that. my favorite part about this film was the realism. it had a special focus on glimpses of the main characters lives, a focus on just "being". its simplicity is its biggest strength. this film also has one of the most beautiful openings of all time. it was so amazing that i went back and rewatched it after the film ended, just to experience the magic again <3

this film demands poetry, so i must oblige. this was truly an incredible film that i can see myself revisiting many times in the future <3 a new favorite, for sure. also the main actress shu qi was breathtakingly gorgeous. just saying. and her acting was incredible.

dreams of a dove flying
dreams of our love dying
sitting alone in bed
and crying
i'm trying
but you're not,
and that hurts.
leaving you isn't easy,
but coming back is worse.

photographs, heart beads and glass
we exist in the past
cold hearts never last
it all happened so fast
i tried to speak to you
to get through to you,
to plead with you..
but you wouldn't hear me.
i didn't want you near me.
i wanted your embrace,
but what you gave
i couldn't receive.
how is it possible to love you
and in the same breath to grieve?
i need a reprieve,
our moment is gone.
you melted in my mind
like the kiss of the sun.
i needed to exhale you
like a cigarette for one.
i walked away slowly,
the slowest of runs.