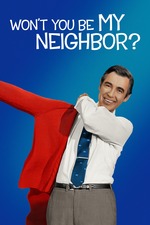 (Excerpted/slightly modified from an email I sent a friend, best I can do.)

With the caveat that we all have things as viewers that we get disproportionately mad about and dilate on, I'm being unfair etc.: this is totally not the kind of movie I normally watch. I'm on a jury, so it came up, so it's almost unfair to the movie to watch it. [IT WAS PULLED FROM THE SLATE, I WATCHED IT FOR NAUGHT.] I was annoyed by the endless standard-issue-as-mandated-for-current-nonfiction graphics for transitions and relentless score; it's not surprising the best scene, when he testifies before Congress, has no music. I felt like I could finally breathe. The straight up talking heads scenes, cut down to the most banal shreds of info, ticked me off.

But all of that is kind of par for the course for this kind of movie, which, like, I'm just not the target audience for. What actually got under my skin were two things. One was the late-film revelation about the black actor who was told he couldn't go to the gay club anymore because of Fred Rogers' concern over losing the sponsorship of Sears and Johnson & Johnson. They just kind of drop that in and try to get over it as soon as possible. Maybe that wasn't the intention at all, but that's what it felt like, and that's weird! That doesn't make him a monster at all, but points to the limits of his moral conception of the world vs the pragmatics of birthing it, and there has to be more there. The other thing was, the movie made me think about what it must be/feel like to be so dedicated to the emotional needs of children that you can only communicate that way. The excerpt from his letter to himself is the only time you hear him using "adult language," and that pointed to a bigger question about the psychological toll and requirements of that kind of lifestyle.

But I didn't get any of that, I just got 93 minutes of talking heads and greatest hits and lots of music.