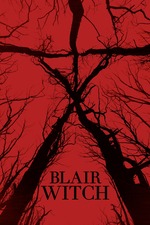 The Blair Witch Project is my favorite film.

This movie completely misses the point of the first film in favor of being just another shitty found footage film.

Every time one of the unbelievably unlikable characters enter a scene past the first 30 minutes, they scream very loudly. And then when they are running from the deafening tree snapping sounds, they are screaming the entire time. The audio in this movie is so fucking terrible. It's just LOUD NOISES. 95 percent of the jumpscares in this movie are LOUD NOISES, followed by nothing scary happening visually. The only thing the characters run from are LOUD NOISES. A lot of LOUD NOISES happen in the form of camera glitches, which is probably the cheapest and laziest way to get an audience to jump. You never see a single goddamn thing except at the end when they show the fucking witch. And she's a Medusa for some reason.

At one point, they show the ending of the first film, and add a LOUD NOISE to it. Like that was always there.

They fucked up the mythology of Rustin Parr as well. At one point, a character says "That's why Rustin Parr stood in the corner!" That isn't what happened. They even said as much earlier in this same fucking movie.

It honestly feels like this was made by people who hated The Blair Witch Project. Book of Shadows was better.

If you like painfully LOUD NOISES and not being scared, check this out. You'll love it.