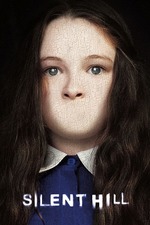 silent hill 2 has been a piece of media that i find integral to myself as a person since elementary school, and i’ve always loved the entire series, but every single time this film is mentioned online everyone says it’s trash so i put off watching it until now ( though i’ve been meaning to forever LMAO )

i feel like one of the reasons why this is so widely disregarded by the silent hill community is the fact that it doesn’t capture the heavily atmospheric and ambiguous nature of the game(s). plainly said there’s too much exposition LOL. the cuts back to rose’s husband while rose is stuck navigating the rust world really took me out of the desolation and aimless disconnection that the town had in the game.

although i’ve avoided it for 90% of my time being a silent hill fan, it’s seemingly impossible to talk about the series without comparing it to resident evil somehow. and i’m gonna do that rn.

the resident evil films (at least the ones directed by paul w. s. anderson) are such incredible action horrors because they stick with the action. the only exposition we’re given is at the beginning of the films and whenever umbrella corp. is mentioned at various times, but it never detracts from the story itself. we’re always with alice. gus van sant has said that a large inspiration for gerry was tomb raider, because he was fascinated with how the player is always with the protagonist and always in action. this is why the resident evil films are so successful at what they’re trying to do; and the lack of that here is what made it less enjoyable for me, and i’m sure for others.

i appreciate this adaptation but i feel like to make a really successful silent hill film you have to make it with that philosophy of sticking with the action in mind. another point is that many of the series’ inspirations are classic horror films by the likes of argento, lynch, and cronenberg. the psychological undertones (and, often, overtones) of these films are very very very clearly seen in the games, and are soooo incredibly essential to them — that was lacking here too.