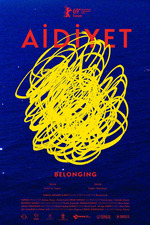 Missed Çevik’s debute last year, but glad to catch up with his follow-up which closed this year’s Forum at Berlinale. We open on a black screen and voice over which in a confessional, urgent but emotionally withholding tone talks us through a meet-cute which turned into an obsessive relationship which turned into a murder plot and its subsequent fallout. Countering the highly subjective tone of the v/o, Çevik exclusively focuses on objects which abstract the story so that it highlights the cautionary tone you so often find in noir.

The second half introduces a switcheroo as we go back to the beginning of this faithful night and, loaded with the baggage of where this relationship will end up, are treated to a genuine romance as Peril (played by Eylül Su Sapan) and Onur (Çaglar Yalçinkaya) have a meet-cute and spend the subsequent night together. The script is good (ten years of watching western and I had no idea that affable hunks talking about taming horses could be that highly erotic!), the chemistry between the actors even better and the cinematography knowingly foreboding as it isolates them routinely in one-shots or even bans them to the off screen, hoping that it could break-up this relationship before it even blossoms. (Later on as the cinematography allows itself to finally give into the romance we get a montage of extreme close-ups of the lover’s bodies which almost feels overwhelming.) We end by circling back to the v/o which tries a little too hard to bring closure to a story which for me should have ended with the evocative shot of Peril leaning against the threshold of the door, surrounded by light, longing for Onur to return.