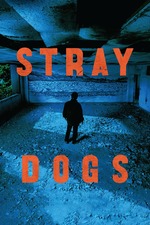 Will Sloan’s review published on Letterboxd:

Seeing this at the 2013 Toronto Film Festival was one of the key screenings of my moviegoing life. I had seen a few of Tsai Ming-liang's movies, but I still wasn't prepared for the sheer slowness of this one, which climaxes with a 14-minute shot of two characters staring at something offscreen. Somewhere around minute nine or ten, I think something in my brain broke. Staring at the screen for that long felt like being stranded without a map: "How long is this going to go on? "

I liked the movie a lot, by the way, and it has been reverberating in my head ever since. A major lesson I first learned from Jeanne Dielman and that was reinforced for me by Stray Dogs is: not all boredom is the same. Boredom can have texture. It can be suspenseful and funny, and while you're bored you can be forced into changing how you look at the cinematic frame. Take that infamous 14-minute shot. It's not static. Things happen, and a story is told, but you have to look for it. A performer taking a swig from a liquor bottle, or a teardrop trickling down another performer's cheek become explosive narrative events.

Even though this movie holds a special place in my heart, I had some trepidation about revisiting it. I worried it would only work in a theatrical context. I also worried that the novelty might be gone and I would be bored in an altogether different way by seeing these images all over again. Well, to the first worry: sure, something is lost when you watch it at home, but that's no reason not to watch it. To the second: if anything, Tsai's images are even richer to me now.

You can say the movie is about the indignity of living in poverty and the injustice of a society that forces this condition upon people, and you would be right, but you would also make the movie sound simple and banal. It's an overwhelmingly beautiful visual and aural experience - the digital cinematography is piercingly sharp, everything in focus, colours exploding. It's an angry movie - angry enough to make you sit there and watch a man caress, mutilate, and cry into a head of cabbage for seemingly five hours - but it's also sad, and funny (Tsai knows it's funny to watch a man cry into a head of cabbage). The impoverished space are given the dignity of being made to look beautiful, and the middle-class spaces have their own manicured beauty cranked up by the digital image to look oppressive, and the border between these spaces is porous. It's not a movie that can be easily explained because (I'm sorry, this is very corny) it speaks the language of cinema.

Will liked this review