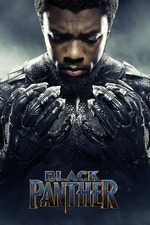 You know how you ignored something as a kid, only to really discover it as an adult and wish you had been paying attention all along because you feel like you probably missed out on having some great joy because of it?

I’m just going to come right out with it: I grew up a DC Comics kid and my favorite character was Catwoman. So much so that anyone who knew me around a certain time in my youth associated the character, and any kind of cat motif really, with me. I didn’t really get into Marvel until I was a teenager and even then, it was X-Men and Venom. I honestly didn’t read a Black Panther story until I was an adult. But I sure was a little black boy dressed in all black with a cat mask one Halloween. I also had a whip, because I was Catwoman. Having that character as a favorite meant I did, at times, get to see that character reimagined as black, looking a little more like me, a luxury that did not, and does not, occur frequently with non-black comic characters. Eartha Kitt’s Catwoman always seemed to be enough for me. She has even appeared in my film centric webcomic, which is an incredible feat for a non-film television character. But Black Panther proved me wrong and took my fantasies to a whole new level. And though I don’t have the nostalgia to lean on and connect to, I can still say that this is the black cat I’ve always wanted to be.

Let me say that this is still a Marvel production steeped in what it means to be a Marvel production. There is a certain level of formula and predictability here that’s been seen before. What’s nice is that this film does not feel like a bridge to make sure the overarching story of the Marvel Cinematic Universe gets from point A to point B. This is a story truly engrossed in roots that could only ever be told by Marvel with this character. And because of the issues that it does tackle, this is Marvel’s most socially important film yet.

The genius of this film starts right at the beginning, opening on an often used black character film stereotype, immediately shattering it, and continuing along that path all the way until the film’s end. Black Panther shows how advanced a country left to its own devices, having never been colonized, could be. It compares and contrasts the roles and struggles of black people in their native African setting as well as in the diaspora. It upholds black feminism and shows how strong, important, dependable and needed black women are. It gives a difference between wanting to stand up without being taken advantage of and wanting to conquer. It expounds a modern, fuckboy mentality into a sympathetic one because we’re all really dealing with our own struggles. It explores blacks who are intellectual, nerdy, vegan, connected to nature, patriotic, traditional, spiritual and honorable. It explores love, family and relationships of all types. It even includes white allyship to an extreme in which many allies might not go. These are all aspects that could be studied further in their own right, and there are still other details I’ve not mentioned, but together they add up to create something very special and unique. And it’s all not so subtlety disguised in a fun, mainstream comic book movie.

Although Marvel’s Black Panther was the first black superhero in mainstream comics, this is certainly not the first black superhero film. Entries like Meteor Man, Steel, Blankman and even Catwoman, among others, have peeked their heads into the genre, and the Blade trilogy even presented another black character from Marvel itself. But none have been able to reach a level as abundant as Black Panther has here. This is Afro-futurism on the grandest of big budget scales and I’m so in awe that they’ve gotten away with it.

Director Ryan Coogler should be proud of what he’s created here, and so should the rest of the cast and crew. Stellar performances all around create characters with dimension and believability, making a story set in extreme fantasy feel grounded. The cinematography displays not only lushly detailed scenery, but gorgeous skin tones as well. Action sequences are choreographed to pack a wallop. Absolutely stunning costumes and make-up designs create an authenticity for the film. The soundtrack is beautifully steeped in the sounds of Africa and hip-hop that keeps the pace hyped. Black Panther’s world is the stuff of legends.

Black Panther, himself, is mythic. He is not only a literal representation of black royalty, and an inspiration from the gods, but also a symbol of great power and prowess. He leads with an open mind and an open heart and is willing to change and sacrifice for his people. As both a force for harmony and a force not to be reckoned with, the character truly makes me proud. He is also damn sexy with those little feline ears and I once again have the urge to don all black and a cat mask, but this time as Black Panther.

I have never left out of the theater with so much swagger in my step.