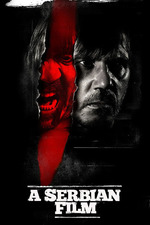 On June 25th, 1991, Croatia and Slovenia declared their independence from the state of Yugoslavia, thus beginning the long breakup of Yugoslavia that resulted in multiple wars, ethnic conflicts, and even outright genocide.

After World War II, Yugoslavia was a thriving new nation-state, under the leadership of Josip Tito. Literacy was incredibly high, life expectancy was long, and GDP experienced constant growth. But Tito was a communist (though he wasn't part of the Warsaw Pact or an ally to the Soviet Union) so Yugoslavia was hit from sanctions from the West and their economy was crippled by extortionate IMF loans.

By the time of the 1989 revolutions across Eastern Europe, Yugoslavia was held together by strings. Made-up of six (or seven depending on who you ask) separate republics with a multitude of different ethnic groups. The Croats and Slovenians wanted more independence for the individual republics and the Serbs wanted unity. Eventually, Croatia and Slovenia did break away from Yugoslavia and Serbia would begin a decade long war to hold the former state together.

The UN and NATO intervened against Serbia eventually climaxing when the Clinton administration bombed the country in 1999.

After the wars were over, Serbia was left a disgraced destroyed country. Its national identity was destroyed and economy totally crippled. Throughout the 2000s, Serbia became the global epicenter of human trafficking and now there's the part where we have to go into all of the people involved in that.

Dyncorp is a company that supplied thousands of the US personnel that worked in former Yugoslavian states during the wars. Several employees came forward with accusations that Dyncorp was trafficking women and girls out of the country. The Clinton administration looked into it, a handful of people were fired and it was swept under the rug. No one was ever prosecuted. Dyncorp has also been tied to human trafficking in Iraq, Afghanistan, and Haiti.

Now, Jeffery Epstein also has deep ties to Dyncorp and many victims of Epstein were trafficked out of Serbia. And of course, the Clintons are also deeply tied to Epstein. And many witnesses have come forward accusing Bill Clinton of having sex with underage girls. Now would also be a good time to mention that Epstein was also close to the Serbian royal family.

I don't want to make any accusations, but it's interesting that the US and the Clintons were key to the fall and dissolution of Yugoslavia and then had several direct ties to facilitating and allowing the human trafficking in Serbia.

Well, now that we have all that out of the way let's talk about A Serbian Film.

A Serbian Film only ever seems to be talked about as this pointlessly violent and shocking "most-disturbing-movie-ever-made" type of movie. But if you pay attention, there's a lot going on in this film.

The plot revolves around an ex-porn star who is hired by a mysterious company to make "art" for exclusive elite international audiences. Very quickly it becomes clear that the "art" is just horrific sexual snuff films.

The company is run by a man who we find out worked for Serbian secret services and spent much of his career working in orphanages and with children, the police are also shown to actively work with the company and even participate in making the "art." Shadowy mysterious foreign figures surrounded by bodyguards are seen walking around the company's headquarters, not saying anything just watching in the background.

Serbia's wounded national identity is also a focal point. Several references are made to the great war heroes who fought for the nation and women are derided as whores who have corrupted Serbia and need to be punished.

A Serbian Film isn't about the intensely graphic scenes of sex and violence. It's about how the country was destroyed by the US and how the elites of the world prey on the country and its people, extracting the cruelest violence for their own sick pleasure.

The ending is the ultimate assertation of the horrors the elites will enact against the people of Serbia.

Thank you for coming to my Ted Talk.