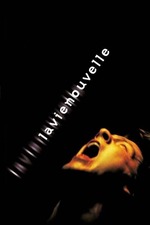 this film doesn't deserve that excellent scene of melania singing in the nightclub, which feels plucked from the very best of lynch's catalogue, since the rest of the movie feels empty, frustratingly vague and gratuitous in spite of the often-impressive formalism, imagery and soundscaping. there's something in this that's intriguing, like either a more extreme denis or a less extreme cattet/forzani, but i don't think ideas of gender relations are tackled as interestingly by grandrieux here, relying instead on scenes of violence that are more tiring than impactful.