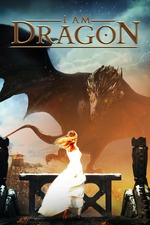 This is it. I found my ultimate fantasy film. I love Mira, love Arman, love their delicate, ardent story of finding true love, and true self. And above all, love how feminine and female gazy it is. Like there is so, so much of the female gaze, that it made me feel a bit awkward at times, in a good way, like you can't believe it exists way. Two thirds of the film are just literally our sweethearts basking in sunlight and moonlight together, and that's so wonderful?

I caught a wind of this film years ago, first through a poem that was apparently cited in the trailer or something like that. I don't know what took me so long (I admit, some mainstream 'it's like twilight' bad rap back when I used to listen to those voices), but I'm so, so happy for finally seeing it! Shout out the wonderful ladies in online spaces who've been nothing but singing praise to it, and finally convinced my super disorganized soul to put this film on hold at a library. Heck, I will make ten more trips to the library to watch this film if needed. This is a kind of film I want to plaster on my walls, my timelines, and my eyelids. It's so beautiful, dreamy, and heart-warming. And have you seen its promo posters?? I mean, that's a whole work of art in itself (google it, they are gorgeous).

There is a lot more I would like to talk about: how much I love how resourceful and determined Mira is, how Arman the Dragon is my new Kylo Ren (I love one type of fictional men) / Oh, and the actor is a professional model, which explains why he knows his angles so well. The casting directors damn knew what they were doing/, how happy I was to hear they addressed what his name means (I was worried they wouldn't, but they did! One of my favourite names, and so fitting here). How seeing Russian culture, costumes, and songs represented so beautifully and masterfully, in an uplifting (!) story, stirred something deep inside me, and watered my crops, as I'm always longing for quality Russian folklore material. How the film touches on influences from other Slavic and Asian cultures here and there (though I wish they did a better job, though, especially when their lead's name is non-Russian, besides explaining it's "заморский" aka "from beyond a sea").

This movie is so inspiring, like I've already crafted a fanfic in my head how Mira's older sister and Igor's brother were able to get together. How much it pained to see Igor, everything and anything wrong with toxic, full of themselves, taking everything for granted (women especially), arrogant Russian men. Ugh. That they got a conventionally attractive actor to play the part is a 🍒 on top. Fucking get it, chauvinists. Reasons to love Arman even more. There it is, the very reason to fall in love with dragons, and if anyone ever asks me why I like the genre, I'll just tell them two words: Он Дракон.

It's not without flaws, as the sound was off, and acting at times seemed a bit contrived, but the film has such a lovely, romantic vibe, and everything does come out so sincere, that it definitely overshadows these technical issues. Nothing's perfect, I guess. Tropical fruits weirded me out at first, but when you accept the island as a tropic paradise of sorts, and a foil to the winter laden Russian town, it works. If there is anything else I didn't like, it's that we don't often get movies like that, and that is not On Drakon's fault by all means.

There is something else I wanted to talk about, ever since I heard that the guy's name is Arman (though the actor playing him seems white/Russian; he could be mixed race, idk, he looks the part): How nice it is to see a couple like Mira and Arman coming from Russian cinematic and cultural landscape that is sadly more divisive that inclusive. To be fair, the production company is headed by a guy from Kazakhstan, plus the director Indar Djenubaev is POC, so that perhaps explains partly why. Once again, I don't mean to make it too political, but I still think it's important to take a look at these matters, and to question if necessary. I don't know if audiences not familiar with such intricacies would realise it's not just a monster husband romance, it's a hint at a mixed race couple love story, not that race is all to be, and he's a dragon technically, so there is that, but I mean like in terms of their human versions. Again, as someone who grew up knowing all too well Russian patriarchy, racism, and xenophobia, and having grown up around people of different ethnic, religious, cultural backgrounds (you can see my existential pain), simply seeing two people of different backgrounds on the big screen fall in love, and balance each other is truly beautiful and even healing. I wish there were more stories like this in that part of the world (and maybe I'm wrong, and it's changing now) that has historically been diverse, and built through generations of interactions, trade, and sharing (though it's complicated, and wasn't always pretty), and I'm surprised there isn't. (Again, to my knowledge. Again, thank The Union for erasing cultures, and making folks hate each other for so long.) But we have what we have.

Originally, I was going to omit talking about cultural appropriation and representation, but these topics are important not to address, in the context of Russia, Kazakhstan, and other neighbouring Middle Asian and European countries especially. Again, I wish the material did a better job at that; otherwise, it might look like just throwing in it there because those names and trinkets from the sunken ships look "exotic", as the English subs put it. (I haven't read the book, so maybe that's the source to look at for the roots of this as well.) And again, maybe it's for the best they didn't go for 1:1 mapping with the real world, because this is fiction, and we can have a handsome dragon for a change. But then you see another culture, Russian culture, so intricately displayed, down to amazingly detailed costumes, head dresses, fabrics, songs, so it skews the experience a bit; they could've given the guy a made up name instead of a real, actual name, but I'll leave it here, since I don't know the answers either.

I will leave it on a note that at least, perhaps, stories like this are a step in the right direction, a baby step when it comes to addressing and representing complex relationships that are between the nations in the heart of Eurasia, and a huge step—a blazing star, actually—in female-led, feminine gaze stories about finding and fighting for your love, becoming your authentic self, healing old wounds, defying boundaries, and celebrating love and compassion.

Watch this, it's so beautiful. I think this world would be a better place if we could overcome our differences, and see more people as humans, extend empathy, and care for each other like that.