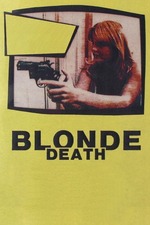 Viewed with the Amazing Edith's *Collab Film Group*. For those of you who have not been keeping tabs on some of my recent reviews, I have gone a creative route, writing POV fan-fic excerpts. Hope you enjoy.

I gently slid over and put in a cassette of my favorite punk band. This moment needed music.

The pitcher of Tang sat there on the dresser, the sunlight gleaming off of it with another hue of orange. I was sprawled out on the bed smoking a cigarette, staring at the ceiling and watching smoke dispel from my nostrils. Her house had this distinct smell of old mothballs and potpourri, that now was slowly being covered by my bad habits. I was at a brief peace. Nothing of which had just transpired mere hours before meant anything to me after our last few minutes. This was the closest I had been to my picture of heaven in a long time, but I wouldn’t tell any of them that.

She lay there beside me on the bed, a pure white sheet covering her body, her thick blonde hair rolling down her shoulder blades and repelling away from her back. I could pick out her slender body hidden underneath the covers, as her every breath gently raised and lowered to a rhythmic bliss. I had somehow found a reprieve in the last place I would have expected.

Nothing here, in this house, was mine. I was a stranger, serial robber—maybe even a rapist in the loosest sense of the word. I had done so much unhinged crap, it was all I came to know. I could feel the urges piling on until I had no more capacity to hold them in. Troy would understand… and we would comfort each other in the ways we did back in Folsom. There were all those times we slapped one another around, just to end up entangled on a cot, smoking a cigarette as I am now.

I looked over and with her eyes still closed she brimmed a massive smile, nearly showing her teeth. I wondered what was going through her head—how did she envision her life unraveling? Instead of life with pitchers of Tang and mass on Wednesdays and Sundays, I’d imagine she’d just roam free, a term I don’t think she rightfully knew the definition of.

She started to stir, opened one eye and closed it again with a sigh. She spoke with that southern twang I could grow to love or hate. I wasn’t sure yet.

I pulled one last mighty drag from my cigarette, leaned over to the cassette, and hit the rewind button. I couldn’t find it in me to answer. I had to start the moment over again.