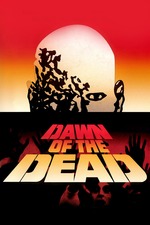 Every shopping mall in the United States is built the same way, few if any windows, no clocks on the walls, if there are TVs they're hooked up to a closed circuit feed with piped-in programming produced specifically to be shown in malls, no CNN or even ESPN to remind shoppers of the outside world. The music is piped in too, interspersed with additional advertising over the public address system, to sell people who are already at the mall even more stuff, ensnare them in even more promotional gimmicks, giveaways, sweepstakes, bargains, deals. There are sales carts in between the stores, in the middle of the walkways, sunglasses and fidget spinners and fantasy calendars and novelty giant slippers hawked from fake wagons, sometimes with pretend wheels to make it seem like some shopkeeper just rolled their wares to the mall from their Hulot-like residence. It doesn't look real but it's not supposed to, it's a comfortable illusion, subtextually reminding shoppers that the real world and its troubles are outside, here they can keep shopping, keep buying, play some video games. Maybe even go to a movie.