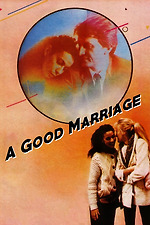 Rohmer is at his best in this key - beautiful scenery, effortlessly insightful character study centering around the indecision of relationships, unexpected music used briefly, and ultimately uplifting but without a concrete resolution. The central character of Sabine may seem to be an impulsive gold digger, but her actions are truthful of the human condition; people naturally look for relationships where they will gain something that suits them. Her practical explanation of her own behavior makes perfect sense: she believes in love and wants it, but also feels the need for a good home and thinks she can contribute significantly as a housewife.

Sabine does show distressing amount of immaturity in the end, but that tends to come with the territory of being young, and perhaps it's just her own normal flaw. She will probably learn from her mistakes and either way the audience gets to. Special mention needs to go to the performance of Andre Dussollier, he's tremendous at expressing both the attraction and insecurities of the situation, it's subtly a very expressive turn, and always magnetic and projecting authority despite being generally subdued. Through him we feel the extent of Sabine's desire and the multi-faceted emotions and gamesmanship of navigating through the need for companionship, while protecting oneself from disappointment.